Serbia is a country in the South-eastern part of Europe, located in the heart of the Balkan Peninsula.

In the North, Serbia shares borders with Hungary, in the East with Romania and Bulgaria, in the South with Macedonia and Albania, and in the West with Montenegro, Bosnia and Herzegovina and Croatia.

Serbia has a population of around 7 million people and the capital city Belgrade ranks among the oldest and largest cities in Southeast Europe.

Following the Slavic migrations to the Balkans, going back to the 6th Century, Serbs established several states in the early Middle Ages. In 12th Century, with the arrival of the Nemanjić dynasty, Serbia experienced a great economic, political, as well as military prosperity, developed its legal system, won its own autocephalous church and became an empire in the 14th century.

For centuries straddling the boundaries between East and West, the territory of Serbia had been divided among the Eastern and Western halves of the Roman Empire; then between Byzantium and the Kingdom of Hungary; and in the Early modern period between the Ottoman Empire and the Habsburg Empire.

Serbia has five cultural monuments inscribed in the list of UNESCO World Heritage: the early medieval capital Stari Ras and the 13th-century monastery Sopoćani; the 12th-century Studenica monastery; the Roman complex of Gamzigrad–Felix Romuliana; medieval tombstones Stećci; and finally the endangered Medieval Monuments in Kosovo (the monasteries of Visoki Dečani, Our Lady of Ljeviš, Gračanica and Monastery of the Patriarchate of Peć).

There are two literary monuments on UNESCO’s Memory of the World Programme: the 12th-century Miroslav Gospel, and scientist Nikola Tesla’s valuable archive. The Slava  (patron saint veneration) is inscribed on UNESCO Intangible Cultural Heritage Lists. The Ministry of Culture and Information is tasked with preserving the nation’s cultural heritage and overseeing its development.

Tourism is mainly focused on the mountains and spas of the country, as well as Belgrade which is a preferred choice of foreign tourists. The most famous mountain resorts are Kopaonik, Stara Planina, and Zlatibor. There are also many spas in Serbia. City-break and conference tourism is developed in Belgrade. Other touristic products that Serbia offers are natural wonders like Đavolja varoš, Christian pilgrimage to the many Orthodox monasteries across the country and the river cruising along the Danube. There are several internationally popular music festivals held in Serbia, such as EXIT (with 25–30,000 foreign visitors coming from 60 different countries) and the Guča trumpet festival. Almost all of Serbia’s rivers drain to the Black Sea, by way of the Danube river. The Danube, the second largest European river, passes through Serbia with 588 kilometers.

Serbia has a moderately continental climate. Winters are short, cold and snowy, while the summers are warm. The coldest month is January, and the warmest is July. 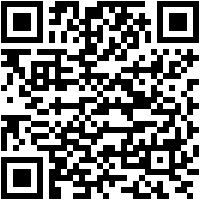